We have posted a number of extracts from “Pages  the Life of a Sufi,” the memoir by the youngest brother of Inayat Khan, Musharaff Moulamia Khan, most recently one describing his journey as a fifteen year old boy sailing alone all the way from India to New York.  His recollections are interesting for their own sake, but also for what they reveal about the circumstances Hazrat Inayat faced when embarking upon his spiritual mission in the West.  Here Musharaff speaks of his first difficult impressions of his new environment, and illustrates the contrast with some tender childhood memories of India.

The contrast between my life at home and my new life seemed to me as a boy almost intolerable, hardly to be endured. I remember one piercingly cold day of that first February in New York, walking wth Inayat Khan to the great Library, and he asked me, “How do you feel?” And I said “I hope inside the li 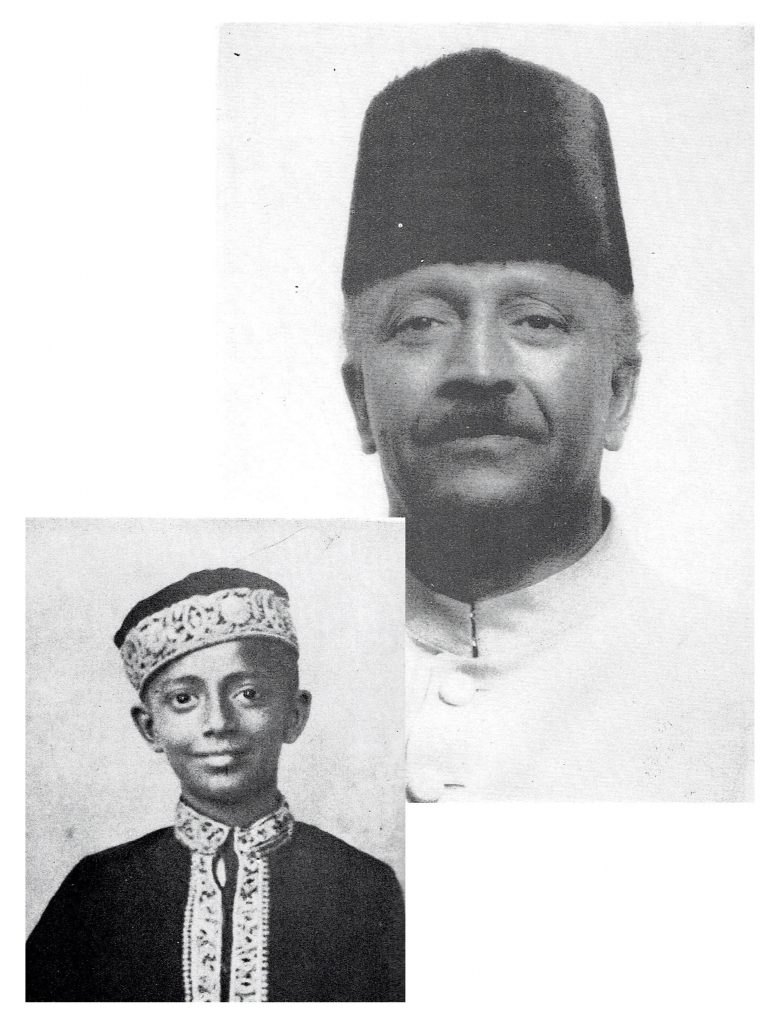 brary I shall feel the warmth of India.” And he said, “Did I not tell you when I wrote to you that if you came to the West you must be brave? Did I not tell you you must prepare to be as brave as our father’s father, Bahadur Khan?”  Bahadur Khan, our grandfather, was like a giant, well known among his people for his strength and his courage.  Once in a solitary place he came upon the caravan of a Hindu lady which had ben attacked by thieves, her servants having joined  with them. And alone Bahadur Khan put them to flight and rescued her, accompanying her to her destination, giving up all his own business and plans till he had personally brought her to security. Many other such stories of his bravery and strength were told.

And indeed it seemed to me that I needed all the courage of all my ancestors to pass through these early days in New York. Everything was hard to bear, though little bits of kindness there were which I remember. One lady offered to help me with my English, and I brought her my books, and once when I was very unhappy she kissed me as if I were her son. Another lady gave me a cap to wear.  Also I remember the beauty and  gentleness of Miss Ruth St. Denis, to whom Inayat Khan explained many of our eastern dances. In our apartments in the Bronx I remember being interested to see that if ever we asked the owner anything, he referred it to his wife, the landlady. “You just ask Mrs. Collins, she will attend to it.” I was interested because it is so in the Orient too. The mistress of the house arranges everything in the house too. Thus, gradually observing such details, though the manner of the man in speaking of his wife was so different from that of an Indian, I began to find resemblances to the ideas at home.

The great western shops interested me very much, and specially the independence of the lives of the women serving in them, earning their own living, and dwelling independently in boarding-houses and lodgings. This independence and freedom of life we admire, though I have never had cause to think that the life of woman is happier in the West than in the East. There is much criticism of the eastern customs, but behind the scene in the West are sufferings and miseries unknown in our own land.

But chiefly I was conscious of the contrast of my life compared with my life at home. I remembered how as a schoolboy at home I would wake at dawn to hear in that clear air the voices of the Brahmins going down to the river to bathe, chanting as they went their beautiful verses from the Veda, which is their holy scripture. And I would also hear the Muslim fakirs calling to the world to arise and to take up its burden.Their call was expressed in lines of poetry, such as those of Omar Khayyam, now so well known in the West.

Awake! For Morning in the Bowl of Night
Has flung the stone that puts the Stars to flight.

Setting out to school, I would see the Brahmins returning from their bath, and the women carrying jars of water to their houses, as I followed a sadhu who played on his sweet-stringed sitar and sang as he went his way, which was the same way as mine. Every morning he sang the same lovely song and its meaning was the meaning of the beautiful Christian story, known in the West, of the wise and the foolish maidens. “Awake, maiden,” he sang. “Arise and adorn yourself, for the Beloved is at hand. Arise so that your Lover may find you beautiful. Look in your mirror, maiden. What does it tell you? Prepare, be ready I say, for the Bridegroom is on his way.  The Beloved approaches.”

As he passed, women and girls would come out to watch and to listen to him silently a moment and to scatter flowers at his feet.  He was a strange man; his black hair hung down almost to his knees, round his neck were many rows of coloured beads, and upon his head and clothing were dust and ashes, a reminder that our bodies are of a stuff that must end in dust. But by the nobility of his look, by the sweetness of his music, by the simplicity and gentleness of his manner, such an eccentric being may suggest a height of nobility and beauty that an orthodox priest cannot give. On every nation orthodoxy may weigh as a burden and an obstacle. This Jesus Christ has pointed out.  In the raga this man sang, as I followed him day by day, in the memory of those early mornings, there is a clearness, a calm, a unity of light and air which seems to me to contain within it the ideal of beauty that was for ever placed before us children.

Pages in the Life of a Sufi
Musharaff Moulamia Khan