The Symbol of the Dove 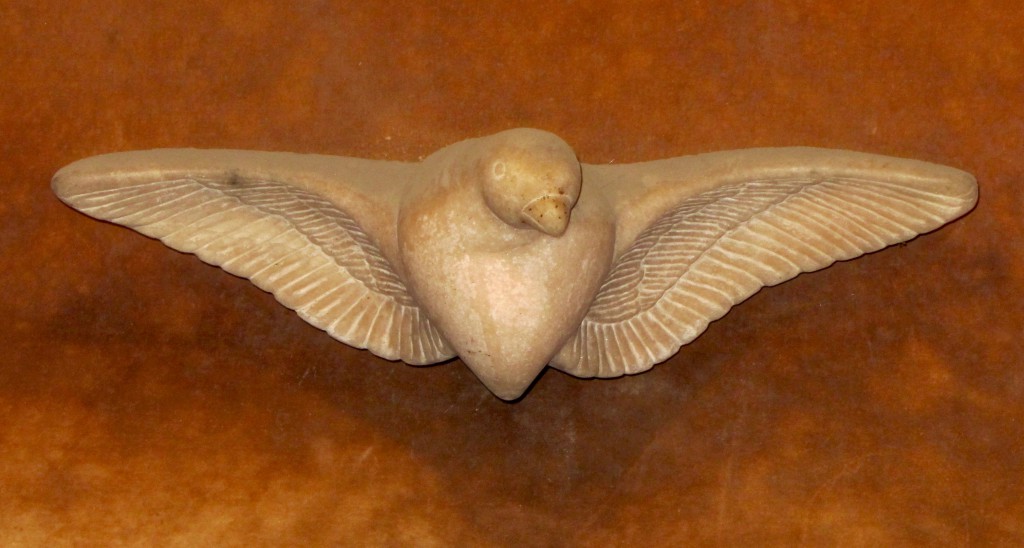 Dove watching over the tomb of Hazrat Inayat

The pigeon was used as a messenger, to carry a message from one place to another, and therefore the symbol of the dove is a natural one to represent the Messenger from above. Spiritual bliss is such an experience that if a bird or an animal were to have it, it would never return to its own kind. But it is a credit due to man that, after touching that point of great happiness and bliss, he comes into the world of sorrows and disappointments and delivers his Message. This quality can be seen in the pigeon also; when the pigeon is sent, it goes, but it faithfully comes back to the master who sent it.

The spiritual man performs this duty doubly: he reaches higher than the human plane, touches the divine plane, and brings the Message from the divine to the human plane. In this way, instead of remaining on the divine plane, he arrives among his fellow men, for their welfare, which is no small sacrifice. But then again he performs a duty to God, from Whom he brings his Message, that he delivers to the human beings. He lives as a human being, subject to love, hate, praise, and blame; he passes his life in the world of attachment and the life that binds with a thousand ties from all sides. Yet he does not forget the place from whence he has come, and he constantly and eagerly looks forward to reach the place for which he is bound. Therefore in both these journeys, from earth to Heaven and from Heaven to earth, the idea of the dove proves to be more appropriate than any other idea in the world.

The Sufi Message, vol. IX, “The Unity of Religious Ideals”

One Reply to “Hazrat Inayat on the Symbol of the Dove”