Life extends so far beyond the horizon of our personal view that we often rely on metaphors to explain the mystery to ourselves.   We must be careful in their use, though; to study the map charted by a figure of speech is not the same as making the journey ourselves.  To say, ‘love is a warm sun’ doesn’t necessarily change the temperature of our hearts. Nevertheless, metaphors can be useful for the traveller.

With the passing of our beloved Murshid Hidayat this week (at the age of 99 and just one day before Hejirat Day), one metaphor that has come to mind, and one with a very wide application, is the tying and untying of a knot.  To tie a knot is to bind together; in English it can mean, informally, to marry, but it also has an esoteric significance.  In both Hindu and in Zoroastrian traditions, initiation is symbolised by the ceremonial tying of a sacred thread. Amongst the possible meanings of this custom, one could think of ‘commitment,’ ‘discipline,’ allegiance,’ fidelity,’ ‘firmness’ or even ‘safety.’ For the devotee, the knot holds together many strands.

On the other hand,  anyone who has ever combed the fine locks of a small child can also think of a knot as meaning something tangled, and Hazrat Inayat Khan does use knot in this sense when talking about our thoughts.  In Vadan we find this saying: Even a plain thought gets tangled when told to a person who has a knot in his head. Much of the teaching of mental purification is about learning to undo the knots we form in our minds when we seize upon a concept or a dogma, for preconceptions restrict the flow of consciousness.

But in a much larger sense, each person’s life on earth represents a knot, a momentary binding together of matter and spirit, of the dense and the fine, a blessed marriage arising from the interplay of seen and unseen forces.  Among those energies are the personal power of will, and the greater power of the divine will, and the knot will only hold so long as those forces are in agreement; sooner or later, the powers will shift their balance and direction, and the knot must necessarily loosen. Then what has been bound together will be released; perhaps this is behind the mystical teaching, ‘Whatever has been hidden shall be revealed.’ If we have harboured malice in our heart, that will be poured out; if we have treasured sweetness, that will spread through the unseen world; there are many accounts of the scent of roses filling the room at the passing of a great soul.

No one can safely judge another; only the Omniscient has that capability.  But if we attune ourselves,  we can savour the atmosphere that is set free when the knot of a soul is loosened.  Murshid Hidayat had an exceptionally powerful will, and by means of it held tightly to his ideal.  He influenced many lives in a visible way, but the unseen influence is beyond calculation.  Now, the knot of his long life has been loosened, and those who knew him, those who loved and respected him, and those who hold similar ideals, may perhaps begin to perceive what has been released.

Death opens a door between life here and hereafter.
Death is a silent voyage to the port of eternity.
— Nirtan — 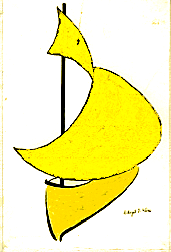 3 Replies to “The Loosening Knot”