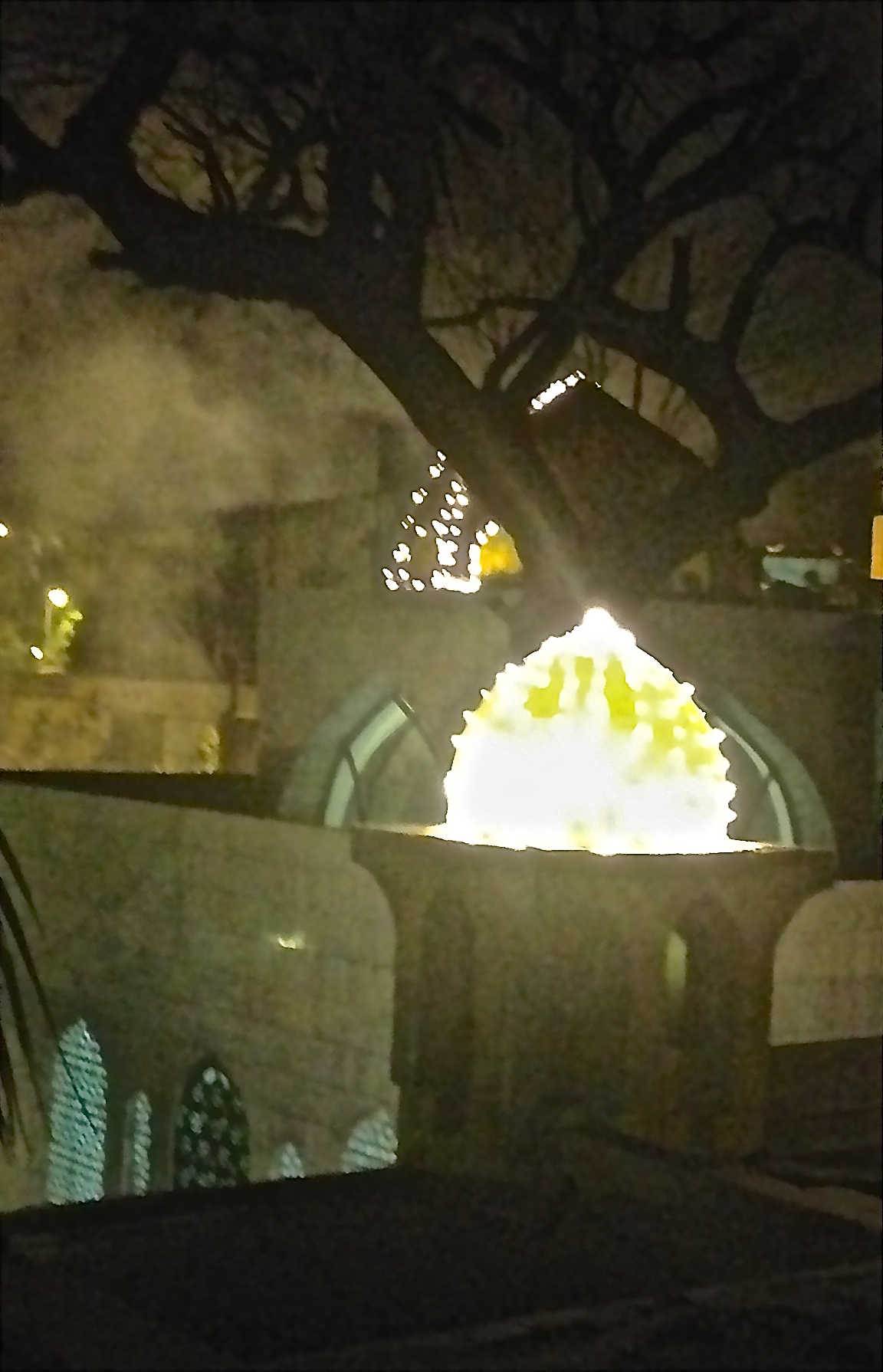 The program for the Urs celebration in New Delhi has been posted now [see ‘Events and Engagements’ in the menu bar above], and perhaps it is a good moment to write a few words about the Sufi tradition of graves.

Throughout the east, it is customary to visit the grave of a person considered holy.  In India this usually means a Muslim grave since the Hindu custom is to cremate the body, but it is not only Muslims who visit such a grave.  Hindus and Sikhs also offer their respects to a holy person’s tomb.

Curiously, though, there are some Muslims who feel uncomfortable with such visits.  Recently in Kashmir we were part of a conversation on this subject.  A young man who tries to strictly follow the rules of his religion complained that those who go to the tomb of a saint are violating the most fundamental principle of the faith, in that they are praying to the saint when they should be turning to God.  “To put another beside the One is the only sin which Allah will not forgive,” he said.  But someone else in the conversation tried to explain.  “If they pray to the saint, it is ignorance,” she said.  “According to the teachings, the Friends of God do not die.  So when a Sufi visits a tomb, he or she prays to the One, and hopes that the saint will say ‘Amen!’ to their prayer.”

And indeed, even if one never goes to a tomb, and always says one’s prayers ‘to the One’, if one spends the rest of one’s waking hours thinking about oneself, and one’s possessions and desires, one is in any case guilty of putting another beside the One.  There are very few real believers in this world, although we struggle to improve.

Coming to the celebration of the Urs, also called Visalat Day, it has a very mystical meaning.  ‘Urs’ means ‘wedding,’ and Visalat means ‘reunion’ or ‘arrival,’ so the words tell us that the day commemorates the return of the illuminated soul to the embrace of the Divine Beloved.  Therefore it is a moment to celebrate, to attune to the great light and peace of a soul returning consciously to its home, the difficult labour of this world faithfully fulfilled. Naturally, the pilgrimage to India is not possible for all of us, but hopefully, all mureeds will take a few moments on February 5th to think of Hazrat Inayat Khan, to attune to what we may have received, and to offer thanks.